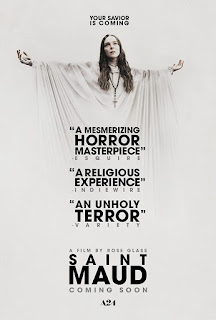 I had heard a lot of great things about this film before seeing it, so I went in with really high expectations. It's currently free (in the UK) with an Amazon Prime subscription. Maud (Morfydd Clark) is a nurse who becomes a carer for retired dancer Amanda (Jennifer Ehle), who is dying from cancer. When Maud meets Amanda, she quickly becomes obsessed with saving the woman's soul from eternal damnation. I didn't get this film at all. There were some things that I liked about it, but overall it wasn't for me. A lot of the film, particularly in the beginning, is completely created by the atmosphere. When there is little speech, and not a lot actually happens, we understand exactly what the tone is because of the atmosphere. For example, if the film took place exclusively in daylight, with the exact same plot, everything would have felt different. It is a slow film, and it took me a while to get into it, because it takes a while for anything to happen.  Maud is an interes
Post a Comment
Read more 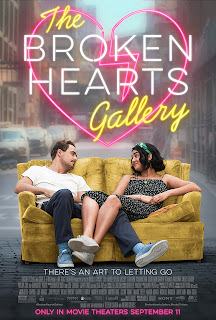 I don't even remember when I first heard about this film, but I know that I had wanted to see it for such a long time. I was going to rent it from Amazon Prime Video, but fortunately it came out on the Sky Premiere Channel, so I finally got to see it. When Lucy's (Geraldine Viswanathan) boyfriend breaks up with her, she decides to create a gallery filled with memorabilia from past relationships. I absolutely loved this film, and that description is just a small part of what it's about. For a start, I really liked the idea of the film. I feel like there aren't enough early 20's rom-coms, for those of us who have no idea what we're doing. Because that was just one of the things that I loved about Lucy's character. But I found that I loved all of the characters, even the ones that were designed to be hated. They were all really distinct, realistic, and well-written. Lucy and Nick (Darce Montgomery) have one of my favourite meet-cutes ever! It helps that they
Post a Comment
Read more

Review #86: You Love Me by Caroline Kepnes 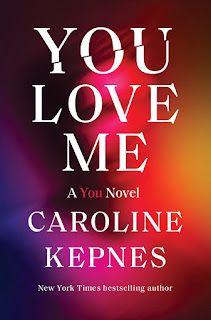 I read and reviewed the first two books in the 'You' series, so after a bit of hesitation, I pre-ordered the third one just before it came out. I was excited to see where Joe's story would go next. Joe Goldberg has moved to a new town, and there's a new girl that's caught his eye. But Mary Kay DiMarco is different from anyone Joe has ever loved before. She's busy, she has a job, she has a past, she's a mother. Will Joe be able to make Mary Kay realise, and admit, that she loves him? I loved the first 'You' book, and I didn't love the second, 'Hidden Bodies'. I have to say that I really disliked this third one, for a lot of reasons. There's no starting point, so I have to jump right in and say that I have absolutely no idea who Joe is anymore. He is tame, and his actions are so different from the first two books. So much is taken out of his control that the fundamentals of the character are changed, and that was disappointing. Mary K
Post a Comment
Read more 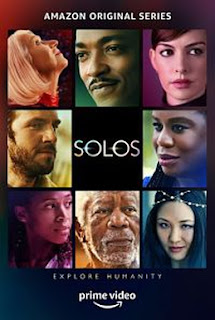 At the time of writing, this show came out two days ago. It's a 7-episode anthology with episodes lasting between 20 and 30 minutes, which is why I was able to finish it so quickly. This series explores what it means to be human, and the connections that humans share. I'm not totally sold on this series. There were some things that I absolutely loved about it, and other things that I could have done without. If you've read my blog before, you might know that I'm a huge fan of Anthony Mackie. Originally, I had only planned to watch his episode (Episode 2 - Tom), and that's what I did. I then watched the next one (Episode 3 - Peg) because of the connection there, which I won't spoil. But I found myself so intrigued by the descriptions of the other episodes, that I decided to just go for it and watch them all. In order, the episodes star Anne Hathaway (Leah), Anthony Mackie (Tom), Helen Mirren (Peg), Uzo Aduba (Sasha), Constance Wu (Jenny), Nicole Beharie (Nera),
Post a Comment
Read more

The Woman in the Window | Film Review 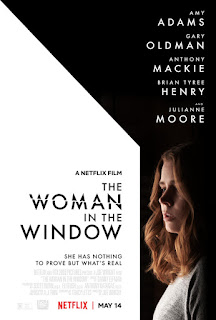 The last time I was in a cinema, pre-Covid, this was one of the trailers, and the trailer was so interesting that I immediately wanted to see the film, so I was really glad that Netflix acquired the rights. Dr Anna Fox (Amy Adams) is agoraphobic and can't leave her home. One day, while spying on her neighbours, she witnesses a crime. But is everything as it seems? This film fell short for me. I didn't hate it as much as others seem to, but I also didn't love it.  For a start, the concept was really interesting. I'm a fan of Rear Window, Disturbia and other films with similar themes, so I was automatically excited for this. The concept on its own really made me want to read the book - I've had it for a little while, but didn't want to read it until I'd seen the film. The film is interesting in terms of cinematography. Some of the shots were really unique, and done really well. However, the pacing of the film is all over the place. There's a lot of nothi
Post a Comment
Read more 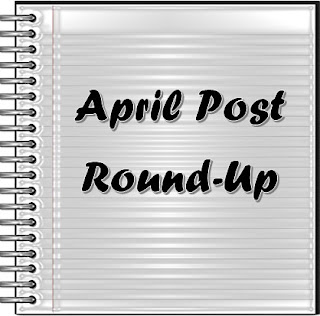 April was a busy month for me, which meant that it wasn't a particularly busy month for my blog. But nevertheless, I really enjoyed looking back at my April posts - especially because it's now nearly June! The Queen's Gambit | TV Show Review  - This show had never been on my radar, but after being recommended it by a colleague, I watched it and actually enjoyed it. Fatale | Film Review  - The premise of this film has been done 100 times, and this wasn't a particularly good version of it. Looking back on my review, I definitely think my rating was too high! Skipping the Oscars 2021  - This is one that I hated writing. I'm not particularly upset about missing the Oscars ceremony anymore, but I'm still upset that I missed out on some of the movies that came out. Particularly the ones that I still haven't gotten the chance to see. But my local cinema opens next week, so hopefully I can go back there soon. Palm Springs | Film  - I had heard so much about this fil
Post a Comment
Read more 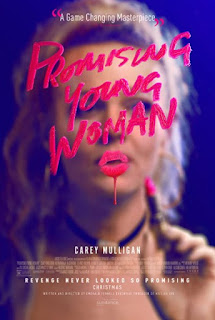 I had been looking forward to seeing this for a really long time, regardless of it being Oscar nominated, so I'm really glad that it was released through the Sky Premiere channel. Cassie (Carey Mulligan) is not who everyone thinks she is. But when she gets the chance to finally get justice for a traumatising event from her past, can she pass up the opportunity? I loved this film! I always liked the concept, but I loved the way it was executed. The opening scene was such a great way to introduce both the story and the character of Cassie. We are thrown in at the deep end, which was the best way to start the story. Cassie is a really interesting character, particularly because she's not typically 'likeable'. She has not been created as a character that you fall in love with, because she is so complex. There are so many layers to her that the feelings of the audience change many times the more we see her. The story itself is really intriguing. I was hooked from the first
Post a Comment
Read more
More posts

Lou
Hi, I'm Lou! A 24 year old blogger, writer and film reviewer. Check out my blog for film reviews, book reviews and anything else that comes to mind.