Showing posts from June, 2015
Show All

So, some of you may know that I went to prom on Friday night.

I was in two minds about whether or not to go, so I thought that I'd tell you a bit about how it went.

These pictures are courtesy of google and show the bar area and the dinner area/dancefloor.

We began by waiting for everyone to turn up (there was a lot of traffic!) and then we were ushered into the dining room area to take out pre-assigned seats.

The way that they did this was really cool, because our school allowed one of us to choose where everyone sat, so that people could sit with friends, and the girl who did this did a really good job and I think that most people were happy with who they sat with.

Then it came to eating (and at this point it was about 8.30pm so we were all pretty hungry!

My food was slightly different to people around me (at least at my table) because I'm allergic to dairy, so the hotel/catering company completely took care of that, which was nice.

As soon as…
14 comments
Read more

First of all, sorry I didn't post on Friday. I was at my prom and didn't get home until 2 in the morning! But I'm going to do a whole post on my prom experience tomorrow!

Anyway, it's that time of the month again where I show you everything that I've been completely loving!


The last post that I did was actually a review of this film, so you can click here to see that! But I thought this film was completely amazing! Without a doubt the best film I've seen this year, and I've seen a lot of films! You don't have to see the other Jurassic Park movies to see this, which was great for me as I can't really remember them well! Everyone needs to go and see this movie!


Because I've finished school, I've had a lot of free time on my hands. So over 2 days last week, I watched the whole of the latest season of this …
4 comments
Read more

First of all, I'm posting on a Wednesday, which I haven't done in ages!

I don't know if I'm going to be posting every Wednesday like I did before but I wanted to post this week!

So, on Sunday I went to see Jurassic World.

To be honest, I wasn't expecting much. I'm not the biggest fan of the original Jurassic Park movies - not that I don't like them, but I've always been more interested in different types of movies.

But my mind was completely changed after seeing this!

It is about a woman called Claire, who is the operations manager of the Jurassic World theme park. She has invited her two nephews (Zach and Gray) to visit the park and stay with her for a few days. While working, she comes into contact with Owen, a Velociraptor expert and trainer, and tells him about the newest dinosaur in the park. This dinosaur has been genetically mutated to scare the children at the park. However, messing with nature always has consequences, and before any…
12 comments
Read more 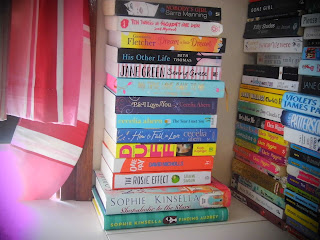 I have not had the chance to read for ages as I've been doing exams, so I was really excited to pick my summer reading books!

I said in a post last week that I had chosen the 11 books that I would be reading this summer, and put them in order.

I then went shopping on Friday, and couldn't resist buying two more (I actually bought 4 but 2 of them aren't in my 'Summer Reading' category)

So I thought that I'd show you the books that I'm going to be reading!

And hopefully, some of these books can make their way onto some of your summer reading lists too!

This is the first book that I'm going to read. I always start my summer holidays by reading this book because I really love it and I always have to read it. I've spoken about it before so I won't go on about it again, but it really is an amazing book! 2. Ten Things We Shouldn't Have Done Like 'Nobody's girl', this is always the second book that I read in…
10 comments
Read more 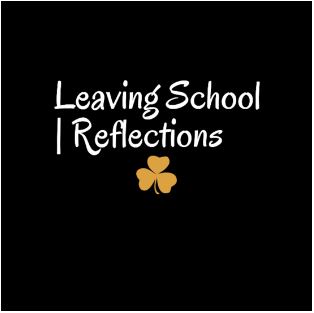 So if you don't know, I finished my last exam on Thursday, which means that I've finished school forever!

I tweeted on Friday that I was feeling weepy and nostalgic, and I was, but not for the reasons that you might think.

Whenever people leave school, whether they liked it or not, they always end up saying that they do think they're going to miss it.

My college is joined with the secondary school that I went to, so I have been there for 7 years.

And I'm not exaggerating when I say that, the last 7 years in school and college, have been the worst of my life.

Literally, I cannot think of anywhere worse to be than at school.

And it's not because of the school itself. I enjoy being educated, I like to learn things, and I'm not done with education because I want to go to university.

It's because of the people.

I have spent the last 7 years being ignored.

I was never bullied, people never really treated me horribly, which is good, and so…
8 comments
Read more 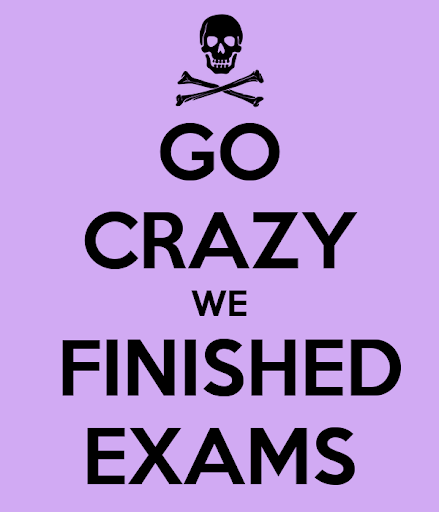 I can't believe I finally get to say this...

I'm writing this on Thursday, just after my last exam has finished!

To be honest, my last exam did not go well, but I'm not even thinking about it because I've finally finished!

I honestly worked my arse off and because of that, I'm going to enjoy my time off, no matter how I think I've done!

For those who may want to know, I did/do English literature, sociology and religious studies, and I have to say, it's probably been one of the hardest years academically.

Everyone talks about the jump between AS and A2 in the UK education system, but you never really know how big the jump is until you're actually revising! The content is crazy!

Anyway, this isn't going to be a very long post because I'm just giving an update.

When I left the exam hall, a great weight was lifted from me. I had no more revision to do.

I can finally focus on reading and writing and blogging! …
6 comments
Read more 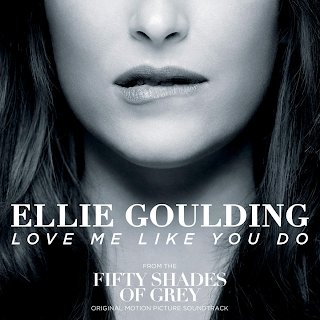 Hey Guys x Sorry I didn't post yesterday, revision completely filled my head! (2 exams to go!) I did a playlist post for you about March, which you can see here! Throughout April and May, I listened to the same music as I did in March, so there was no point doing a post about it. However, during my exam period, I made a playlist on my iPod called 'Relax' which has a wide range of old and newer songs. So I thought I'd do a playlist post on my 'Relax' playlist! It has 75 songs on it though so I'm not going to go through all of them! I picked 11 that I think represent the rest of the playlist - and maybe I can show you more of the songs in another post! 1. Love Me Like You Do - Ellie Goulding I have been obsessed with this song ever since I saw 'Fifty Shades Of Grey', but this month, I actually bought it from iTunes so that I could listen to it all the time, which I have been doing! I don't know what about it makes me love it, but I just think that…
6 comments
Read more

So, I finish college next week (forever!) and I could not be more excited!

Having three months to literally do whatever I want with no obligations, restrictions or responsibilities is the most exciting prospect!

I have a few things that I really want to get done within the next three months, so I thought that I would share some of my plans with you.

Maybe my plans could help to inspire some of your summer plans too!

Read a lot of books!


There are so many books that I'm planning to read this summer. At least 10! I've already put them in the order in which I'm going to read them, so as soon as my last exam is finished, I'm going to go through the list and read as many as I can. And of course review them for you!

Post a lot more!
I haven't really been posting a lot in the last few weeks because I've been really busy revising for - and taking - exams! I still post regularly, but I don't have the time to put all my efforts into my posts because I'v…
10 comments
Read more
More posts